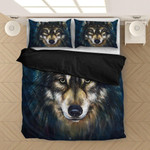 All of our Bedding Sets are custom-made-to-order and handcrafted to the highest quality standards.

Please allow 5-7 days to receive a tracking number while your order is hand-crafted, packaged and shipped from our facility. Estimated shipping time is 3-5 days.

Orders are only canceled within 24 hours since you made an order.